What do a million flowers look like on display and as a stage set for Dior’s new Fall 2012 collection and Belgian designer Raf Simons grand debut as head of the house of Dior? 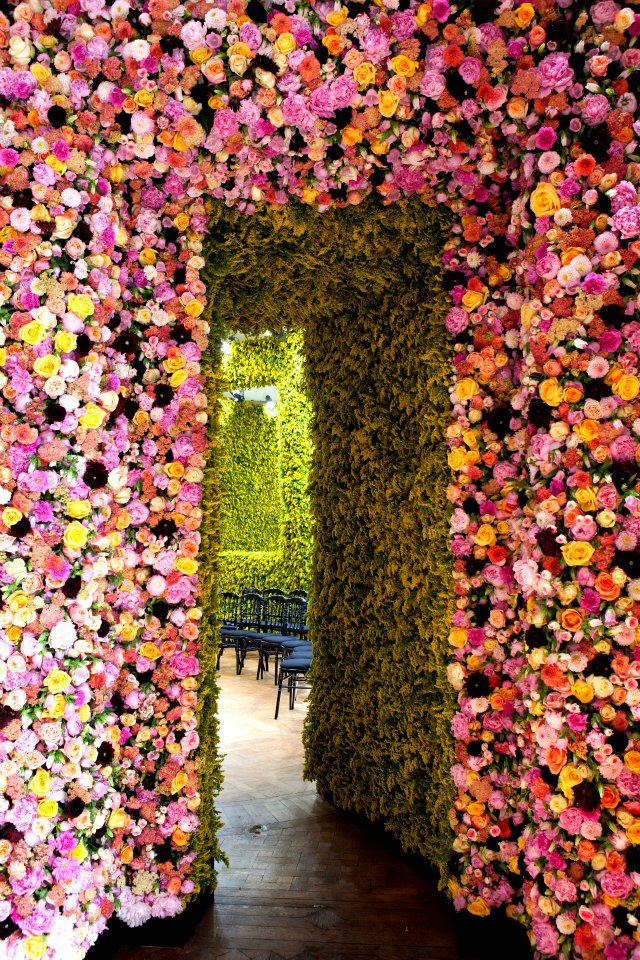 one room image via my modern met

Simons had five grand rooms inside a Parisian mansion decorated with one million real flowers, making the statement that he is a breath of fresh air and is taking a modern approach to the Dior roots.

“I wanted it to be linked to the codes of Christian Dior — but to make it dynamic, modern, energetic,” the designer told The New York Times

Simons, who graduated as a furniture designer before moving into men’s then eventually women’s clothing, and who came from Jil Sander has definitely made his mark with this collection. “Flower women” is how Christian Dior referred to his revolutionary 1940s creations that used an abundance of fabric cinched in tightly at the waist to create his “New Look” silhouette that personified post-war elegance and excess. 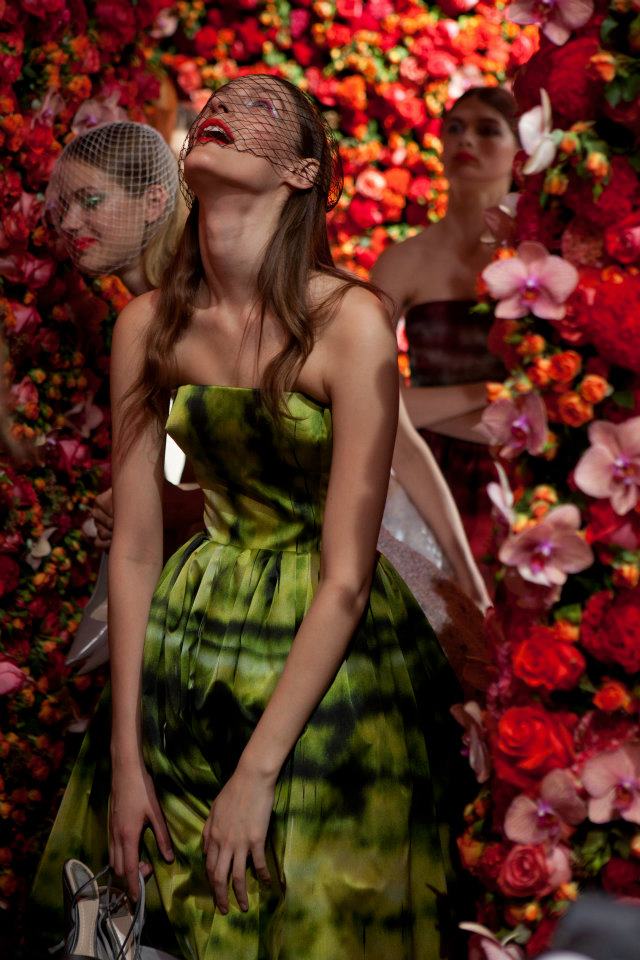 image via the House that Lars Built

The rooms were covered from floor to ceiling in a solid tapestry of flowers making a color statement with blue delphiniums, white orchids, pink peonies and a wide range of colored roses; each color statement later reflected by the feminine clothes that appeared on the runway.

image via the D’Vine

Being an ex trend director who used to attend these fashion shows in the past AND one who always appreciated Dior, especially his 40’s and 50’s ensembles, I applaud his opening statement and say that he will have a lot to live up to, don’t you think? 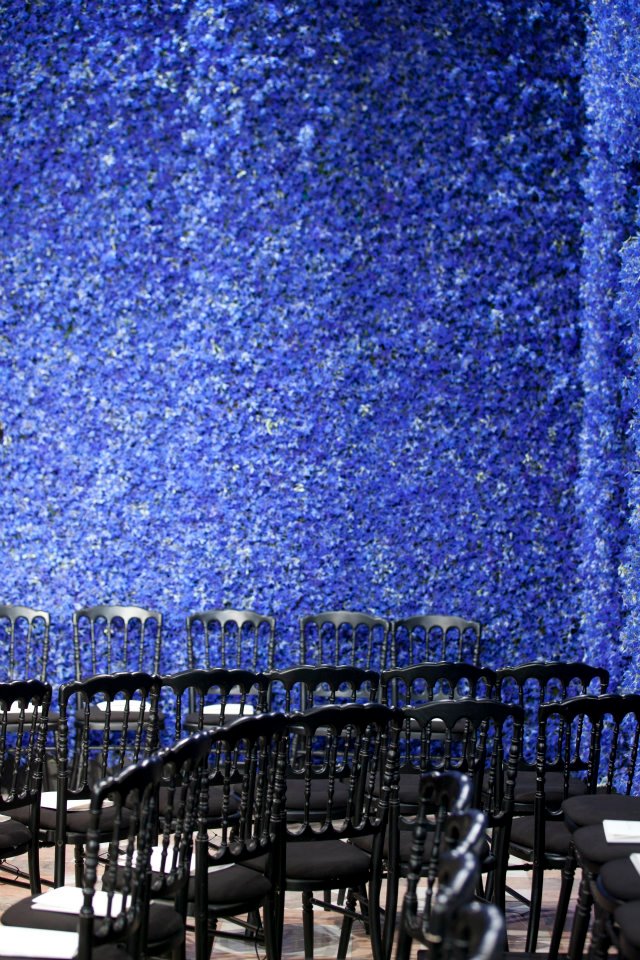 image via My Modern Met

In the meantime, while some may think a million flowers may be a bit excessive, I say it is definitely a Little Bit of Beauty™, don’t you think? 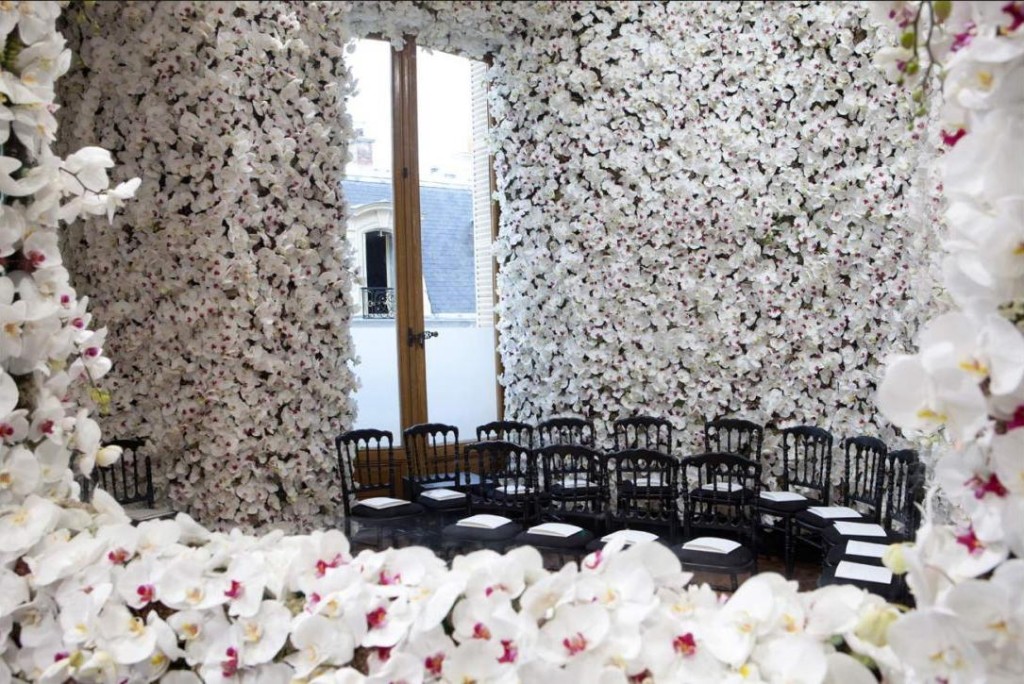 Check out the video below on the creating of this floral bower and tell me, what do you think of this million flower stage set? And…the clothes?