the New Face of Beauty Part 3 & the House of Dior

A couple of weeks ago I saw photos of the Dior launch of Raf Simon’s as their new designer for this classic fashion house. I wrote about it because I thought the setting for his first show was truly beautiful, and the clothes certainly reflected the traditional and classy classic Dior look…but, now I’ve seen the show itself and I am disenchanted to say the least! 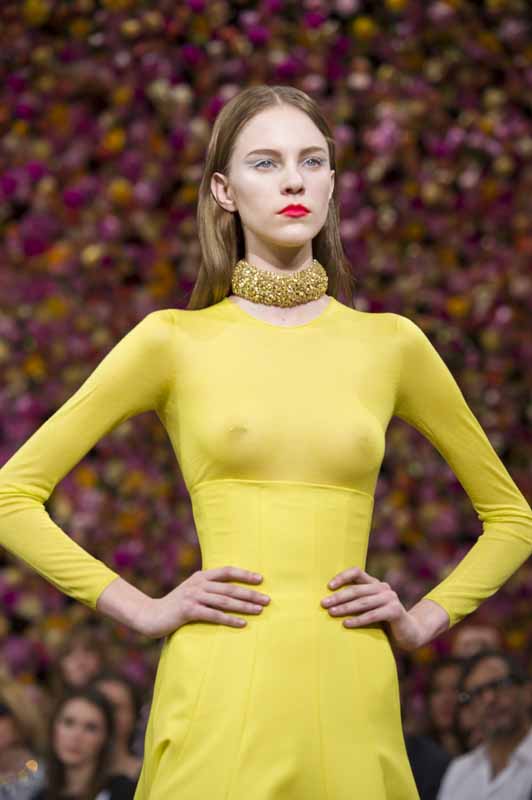 Is this how we want to define beauty today?-image via pop stop TV

At that point I barely touched on the fashion industry’s part in setting the standard norm of beauty as an anorexic 14 year old. But they have. Twenty years ago the average model weighed 8% less then the average woman. Today they weigh 23% less. And no, it’s not just because America has gotten heavier (which they have) but the models have gotten thinner as well!

When I was in the fashion business in the late 80’s and early 90’s I had the opportunity to work with Elle Macpherson better known as “the Body” in the industry. I will never forget the day she came into a shoot near tears as she was told she could not be in the Sports Illustrated Swim issue again because she was too thin. The Fashion world had told her that if she wanted to walk down the runways, she had to loose weight. She lost the weight and SI told her she was too skinny. 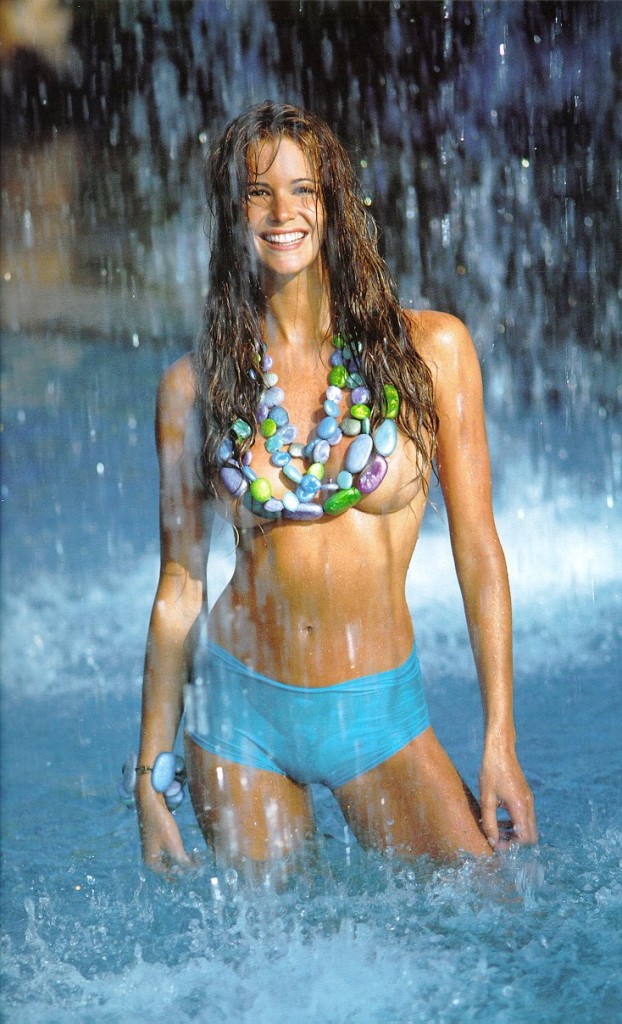 Lovely Elle Macpherson a natural beauty, then and now! image via wallpapered.org

The message…”you are never good enough!” Here was one of the most natural beauties of our times, then and now, and SHE wasn’t good enough? Yikes.

Today some of the designers have banned anorexic models from their runways, as has Vogue Magazine. In an open letter to models, super model Tyra Banks stated…

To models around the world, I want to celebrate Vogue’s recent groundbreaking announcement. The editors of Vogue’s 19 international editions have pledged to ban models from their pages who “appear to have an eating disorder,” to create healthy backstage working conditions, as well as several other revolutionary initiatives. This calls for a toast over some barbecue and burgers!

BRAVO! So, what does this have to do with Dior?  When I first saw pictures of their show I was stunned at the beauty of the setting, the clothes and the sheer joy on the faces of the models when they first saw the floral rooms. At least in the photos that were released at the time.

Then I saw the video of the show itself! Skinny, skinny, skinny models with no smile and who actually looked angry as they walked the beautiful clothes down the runway. Personally, I thought they made the clothes ugly…and this is who Dior is claiming should wear Simon’s clothes and is beauty today? YIKES

Women…this is NOT beautiful. Really. The face of beauty must be redefined to tell us that happy women are beautiful, women with real bodies are beautiful, women at all ages ARE BEAUTIFUL.  What can we do about this as women? Vote with your pocket book. Don’t spend where the portrayal of what WE are suppose to look like is unnatural and not attainable by us mere mortals! AND, think about it, is this the message we want to send to our young girls? Our sisters, friends, daughters, grand daughters, nieces etc? I don’t!

I would love to hear your opinion on this matter. Check out the video below of the show and tell me what you think? Do the models portraying beauty for this line look beautiful to you?