In the Mid-20th-Century, the name Russel Wright commanded brand awareness similar to that enjoyed today by lifestyle marketers such as Ralph Lauren and Martha Stewart. Known primarily as a pioneer in industrial designs, today Russel Wright is best known today for his housewares. 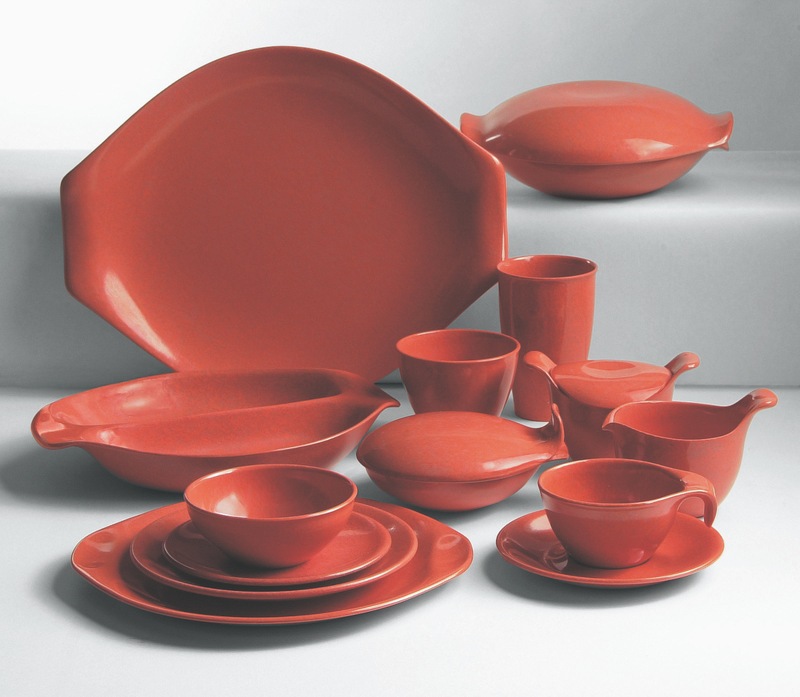 via the Curated Object 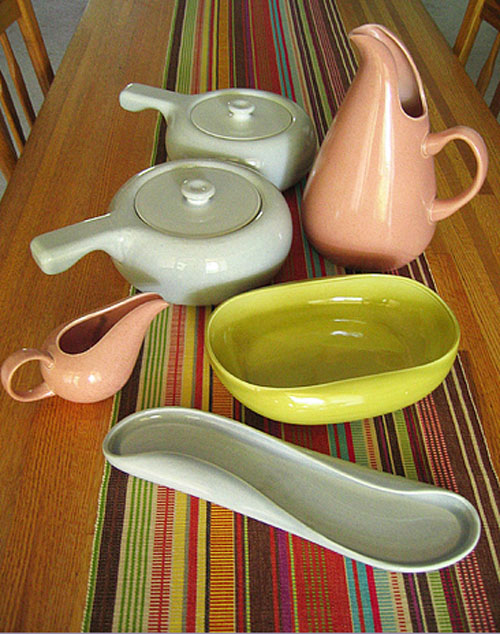 Russel Wright also revolutionized the American home. His modern wares influenced and often established middle class taste post WWII. His inexpensive and mass produced dinnerware, furniture, appliances, and textiles, all available to peruse at Russel Wright Studios, LLC , were not only innovative, but also the tools for the concept he and his wife, Mary, called “easier living”.

Easier Living was a unique American lifestyle that was gracious yet contemporary and informal and was meant as a statement against the mores of the time set by such icons as Emily Post. In 1950 Wright co-authored with Mary (also his marketing expert), the book called “Guide to Easier Living” , a precursor to Slow Home.

At the top of his career, Wright left New York City and moved his base of operations to Garrison, NY. It was there that he conceived of, and, created his unique home and designed landscape calling it Manitoga, Place of the Great Spirit in Algonquin. He considered his home and the land his greatest work of art, and greatest contribution to the world. It was a tribute to his wife and to their shared dream of the way of life they called easier living.  Like slow home, it stood for a return to basics and simplicity, a way of life that was in tune with the environment. 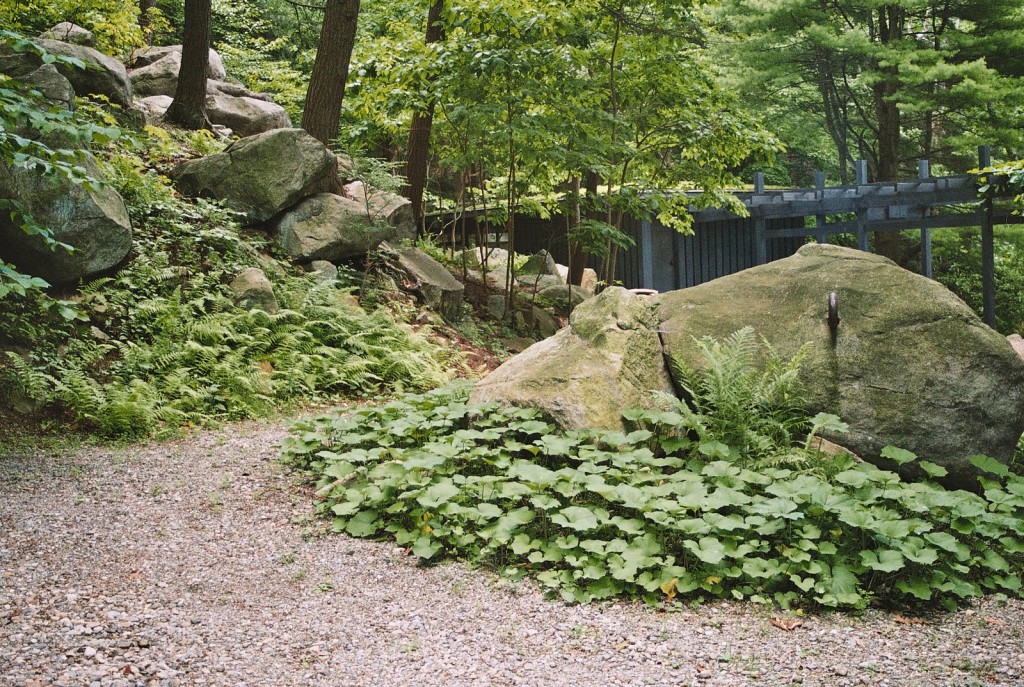 When Wright first found this property in 1942 it was ravaged and damaged by a century of quarrying and lumbering. Over the next three decades, until his death in 1976, he carefully and lovingly reclaimed, redesigned and re-sculpted Manitoga’s 75 acres using native plants. He then began on his home where his original training as a theater designer and sculptor became apparent. Known as Dragon Rock, the home is built on Manitoga’s hilly woodland, adjacent to the abandoned quarry. He conceived it as an experiment for total living, and it was one of his few efforts that was intended to be purely unique. Wright owned the property for more than a dozen years before starting construction of his residence and studio, giving him the opportunity to thoroughly  explore and understand the layout and natural advantages of the terrain. It therefore is one of the few homes where one can live and work in harmony with nature as the structure seems to be “set” into the landscape naturally. Wright believed that there is a design element in everything, from the natural environment to the way we live. This philosophy is apparent in every detail of the house, from the original design to the way the things are set up inside and out. 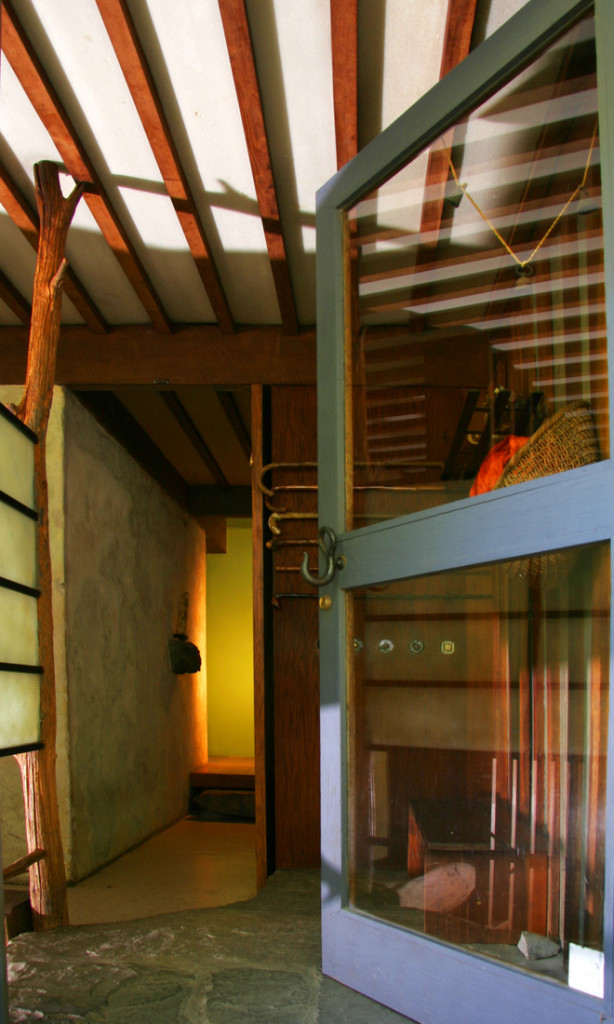 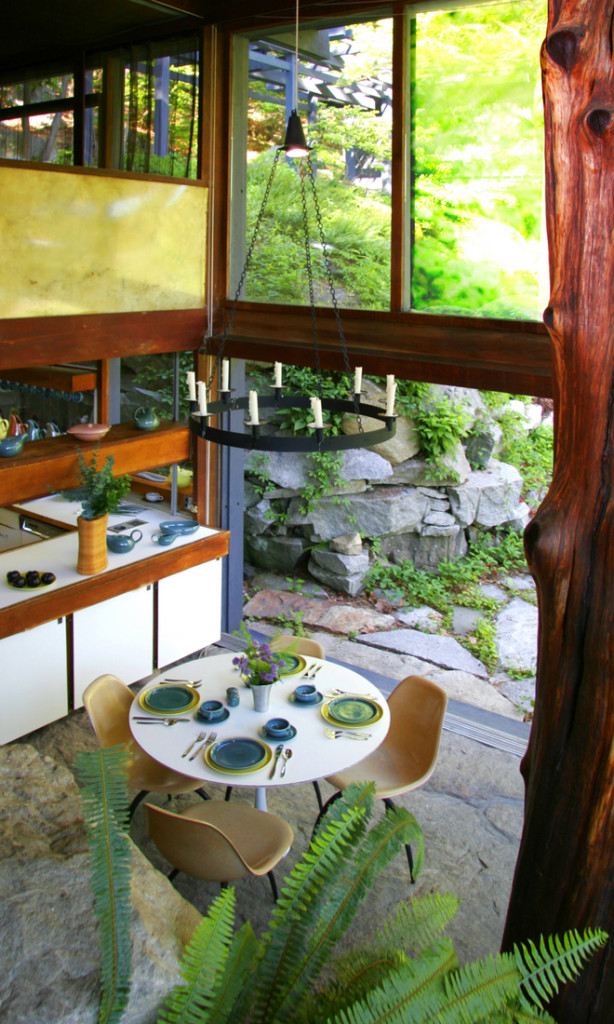 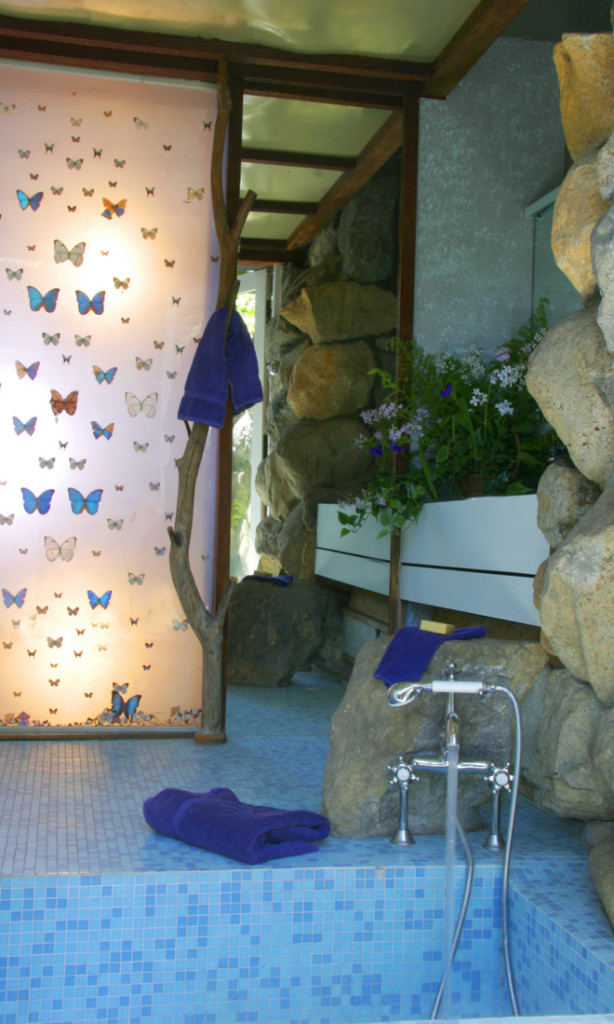 Below is the extraordinary video that inspired this post which I saw on Facebook from Anthropologie. They recently visited Manitoga (now owned by the Natural Conservatory) for a photo shoot for their fabulous catalog, and just knew that they had to share this spectacular place. To tell its story, they spoke with Lori Moss from the Russel Wright Design Center. Enjoy!

“Good informal living substitutes a little headwork for a lot of legwork. It doesn’t need wealth, but it does take thought, some ingenuity and resourcefulness, and more than a little loving care to create a home that is really your own.”Russel and Mary Wright

What do you think of Russel Wright’s legacy, Manitoga? Could you live there? Does it inspire you towards simplicity and sustainability? I invite you to leave a comment, I’d love to know your thoughts!