As a world traveler I love collecting culturally representative fabrics from my travels, and one of my favorites are the contemporary looking Tenango Textiles embroidered by the Otomi Indians in Mexico!

Like the Suzani’s from Central Asia, the Tenango were created by the Otomíwho drew upon their artistic history to create a sustainable enterprise. With saturated colors, graphic floral and animal patterns, and bold use of positive and negative space, contemporary tenangos present a striking example of modern ingenuity merged with ancient tradition. 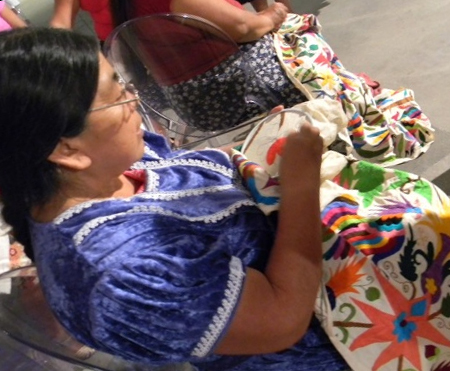 Many motifs common to tenangos are believed to be inspired by the ancient wall paintings found in nearby caves. (Tenango literally means “stone neighborhood.”) There are also similarities between tenango embroidered patterns—such as the depiction of plants, animals and natural forces—and the designs found in the cut-bark paper craft known as amate, practiced by Otomí shamans for thousands of years. Over time, the primitively rendered figures, colors and shapes of tenangos have evolved; today, the colors are more varied and the subject matter more diverse, as tenangos continue to narrate the history and everyday life of the artisans who create them. 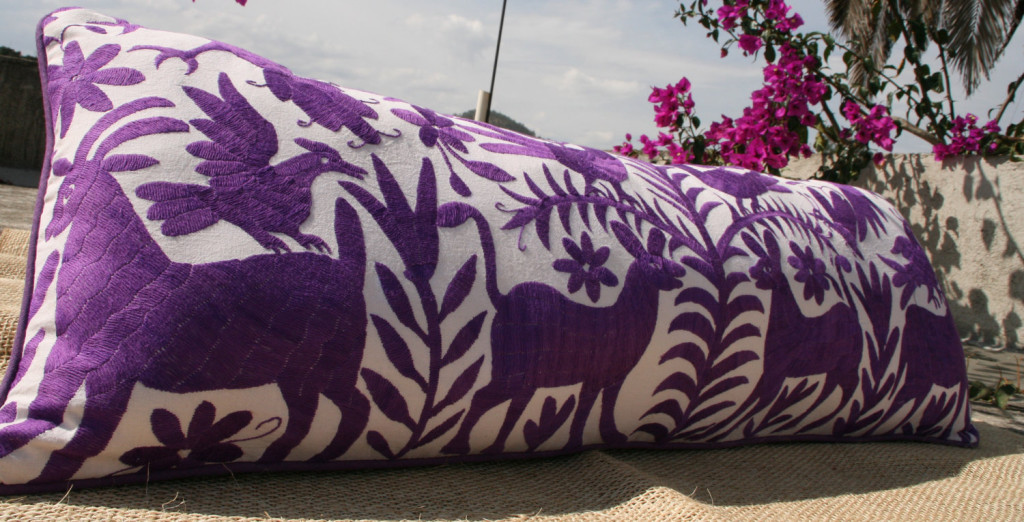 Tenangos evoke a spirit of magical realism, merging the real and the mythical. And while the modern incarnation of the craft may only be about 50 years old, it has developed into an art form in its own right. It is a link to their storied past and like the collective memory of the Otomí, Tenango’s preserve and perpetuate the history of the region and the traditions of the Otomí people. Today they are sold at many tourist locations in Mexico and on line. I saw them all over when I worked on a project down in Cabo San Lucas, and could kick myself for not picking one up for myself. I would use it as a cotton bed coverlet in the summer, and light weight blanket in the winter. Perhaps I’ll have to go back? 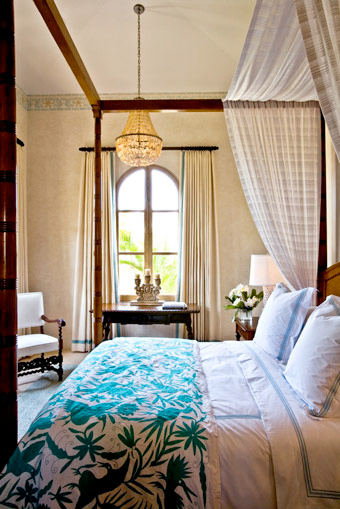 Otomi Tenango Textile as a coverlet-image via Shop Gramercy Blog

And while the original patterns are multi-colored the more modern one’s are two colored and used for all kinds of home decor objects. 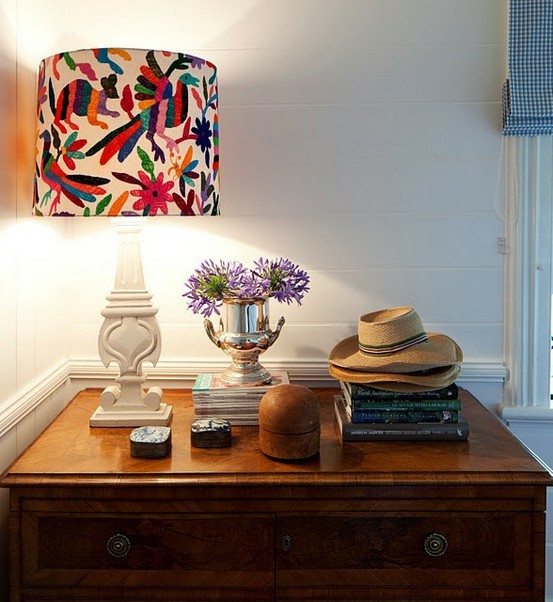 Obviously you can go to Mexico to find them, especially off any tourist boat, but you can also find them on line! Bright, cheerful,  a bit of whimsy and tradition with a modern edge, you can use these textiles as:

What would you use a Tenango Fabric throw for? For ideas and inspiration check out the video below…and share your thoughts by leaving me a comment, Cheers!