Yes, the New Neutrals are moving into mainstream kitchen design. And leading the color pack…Greige in all it’s divine shades! 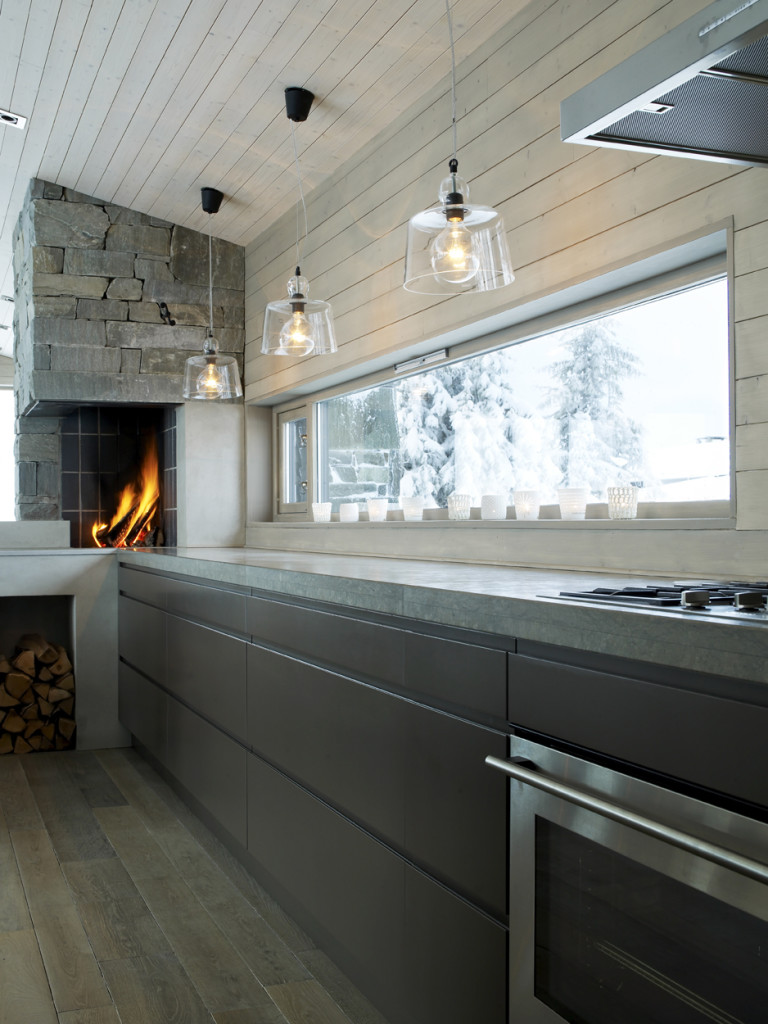 While I’ve been writing about Grey/Gray/Greige for about two years now, I am finally seeing it seep into kitchen and bath design in a major way. Last week in New York with BlogTour NYC I had the opportunity to overview several leading manufacturers introduce their new products and their “50 shades of grey”. And, as I dream about redoing my kitchen, this is the color story I can’t wait to use!

First off, let’s talk countertops. While I’ve personally been a soapstone gal myself, the sight of Silestone’s new neutrals just made my heart go pitter patter. Both their new Nebula and Volcanic colors in matte finishes looked a bit like concrete or soapstone; but without the maintenance. Plus it’s non-absorbent and is treated with an anti-microbial agent to fight odor-causing bacteria. Oh yeah. 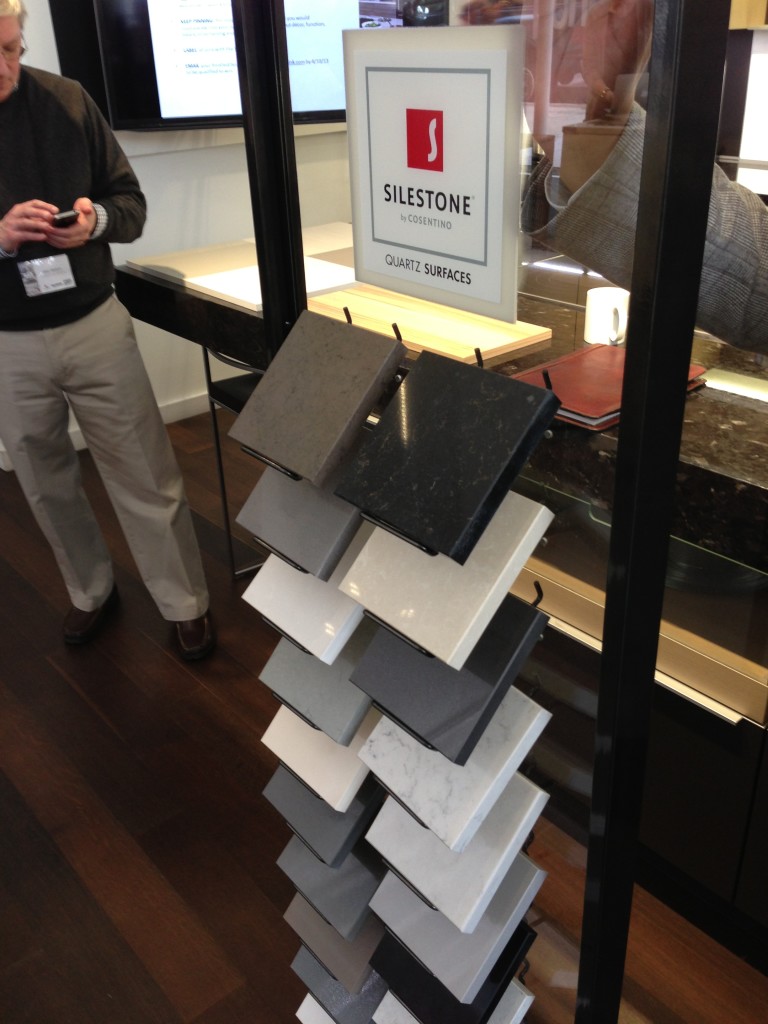 photo taken by me at their showroom in NYC

Silestone is a quartz that is mined, then mixed with resin, compressed, baked and polished. As with any natural stone, certain exposure to heat may cause cracks due to thermal shock therefore, they recommend using trivets with hot pots. It resists scratching, staining and scorching better than any other natural stone or solid surface.You don’t have to worry about spills from coffee, wine, lemon juice, olive oil, vinegar, and many other common household products; just avoid harsh chemicals. That pretty much works for me.

Then…I saw the sink of my dreams: 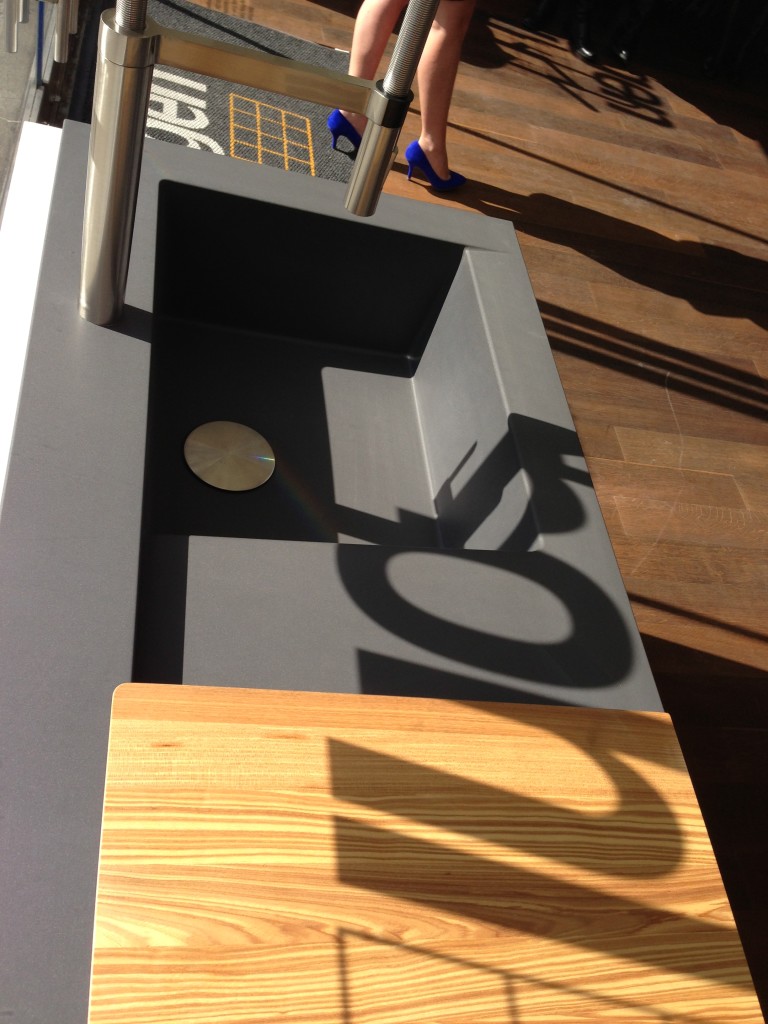 Called the MODEX™, it’s made by the world renowned Blanco. The award-winning MODEX™ features a 3″ profile that sits above the counter and offers a generous amount of surface space for food prep and clean-up. It features a large drainerboard that is designed to drain water back into the main bowl, plus an  ash cutting board which allows for food prep on top of sink. I haven’t told my husband yet…but this is it, in a color called Cindar, greige indeed!

Then of course…there is Poggenpohl. Since 1892 they’ve been setting the standard for kitchens in terms of streamlined elegance and simply terrific storage options. More on that later… 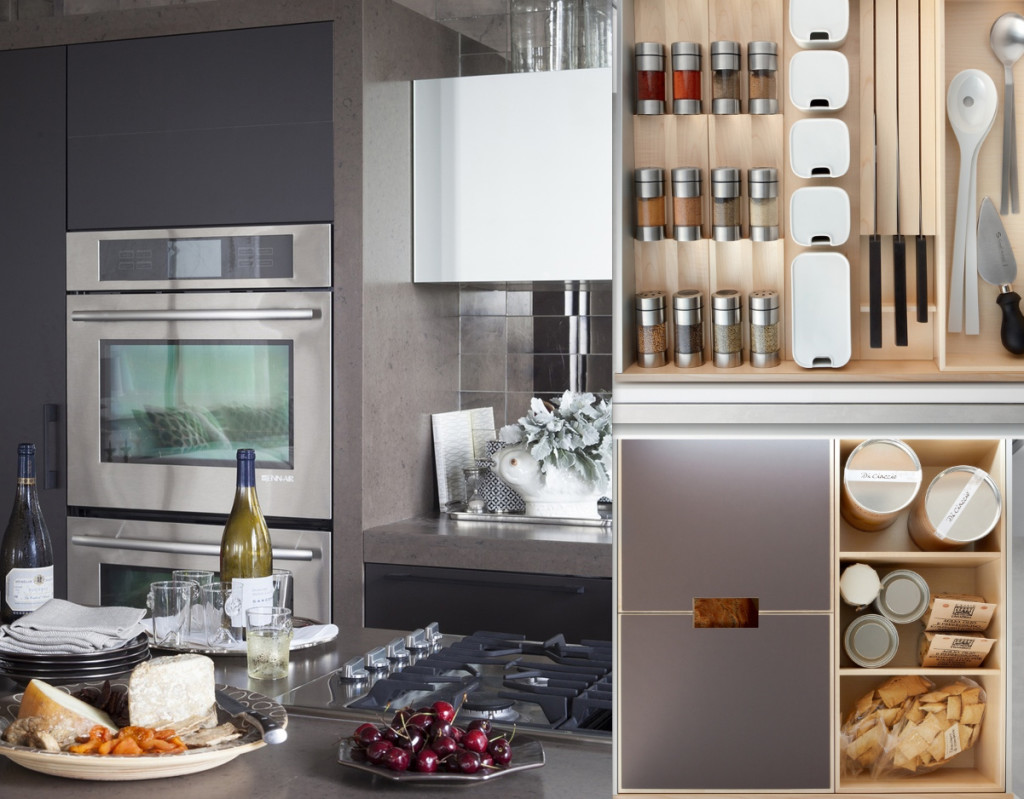 For 120 years, Poggenpohl has been reinventing life in the kitchen one idea at a time.  Poggenpohl was the first to introduce many transformative innovations including white lacquer,  these terrific new neutrals, wood cabinetry, and the first kitchen island. Last week we were also introduced to their new App. The Poggenpohl App will be available in  their showrooms and is designed to be used as an interactive sales and design tool. What better way then to see your kitchen come to life before you begin construction!

To me, these three manufacturers represent the best of the best with their attention to detail, their innovation and color direction. What do you think of these new neutrals? Do you see them in your future?