This movie has been out in the US for a couple of months now.  I saw it about a month ago, and I’m still thinking about it. Why?  Audrey Tautou is terrific as the ground breaking designer we know today simply as…Chanel. But most of all I think it’s for the following two reasons… 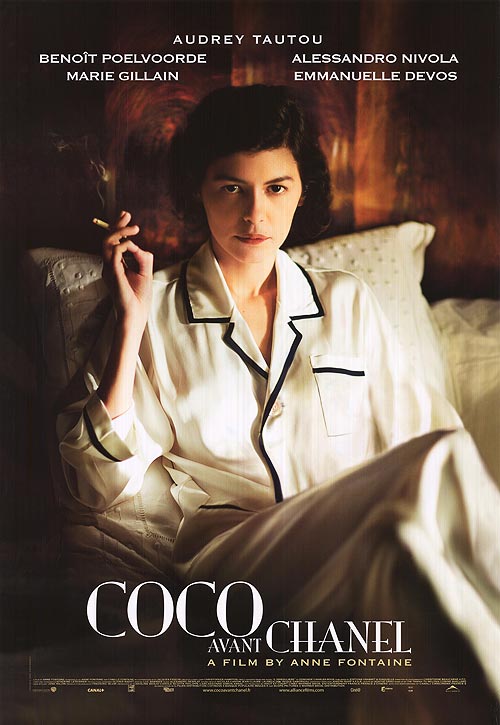 One, visually, it’s beautiful!  The people, the clothes, the times.  The camera has a way of showing how she, Chanel, sees everything from a nun’s wimple and collar, a pair of mens pj’s,  to  fishermen’s clothing with an eye to the innovation and creation of a completely new direction in fashion.  A true creative soul who sees inspiration all around her, in the daily things we take for granted, or don’t even see after awhile. And two,  while I knew she was innovative…after all we still talk about the Chanel jacket, Chanel faux pearls, Chanel sailor pants & jersey fisherman tops etc… I didn’t fully realize how she was also a woman who challenged the established concept of socially acceptable behavior . A woman who followed the voice of her heart and who didn’t let anyone else dictate her path.  I find THAT inspirational! While quirky  and temperamental, she was a true maverick.  She gave women a sense of freedom by giving them back their bodies: bodies that were confined and drenched in sweat, due to the era’s strict fashion dictates…tight corsets, layers of underclothes, and padding galore.  So, while I’ve always admired her as a designer and even today still love  Chanel, I have developed a great admiration for her as a leader, and not only in fashion.

The movie is definitely worth seeing and I’d love to hear your opinions!