Where Did the Christmas Tree Tradition Come From?

Do you know where the Christmas tree tradition comes from? 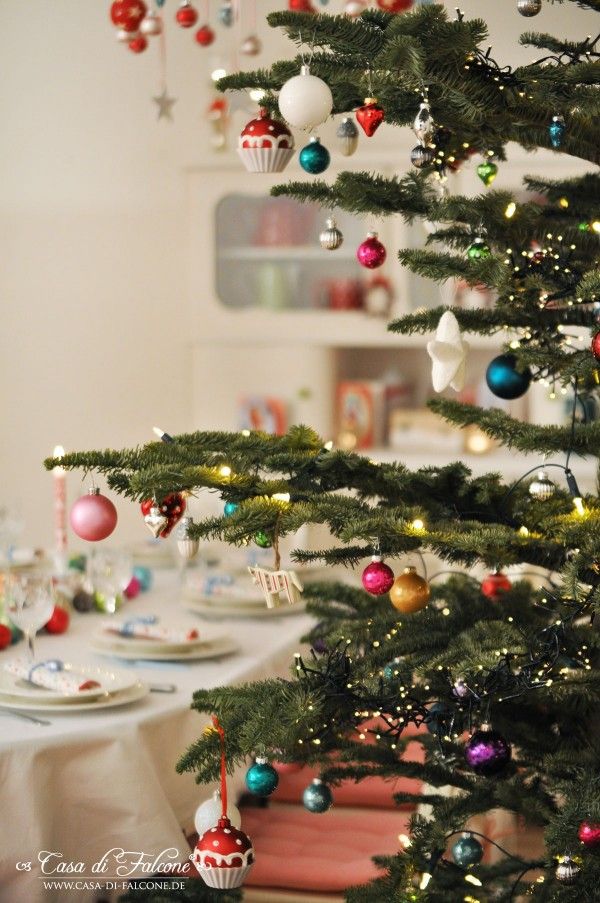 As I was decorating my tree this year I had to pause and wonder where this yearly tradition came from? So I did a little googling and here’s a little history…

The early Christian Church in the third century strictly prohibited the decoration of houses with evergreen boughs as it was considered a pagan ritual that used evergreens to ward off witches, ghosts, evil spirits, and illness and that it was also an ancient symbol of life in the midst of winter. 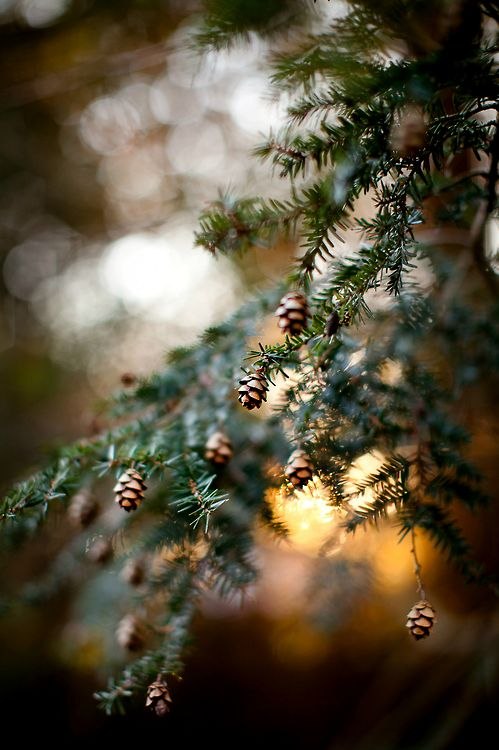 Evergreen boughs the precursor to christmas trees-image via Bond and Co.

Northern Europeans cut evergreen trees and planted them in boxes inside their houses from ancient times and before Christ. Romans also decorated their homes with evergreen branches during the New Year. The decorated Christmas tree only caught on in the mid-19th century.

Germany is actually credited with starting the Christmas tree tradition as we now know it in the 16th century when devout Christians decorated trees at Christmas time. Some built Christmas pyramids of wood and decorated them with evergreens and candles if wood was scarce. 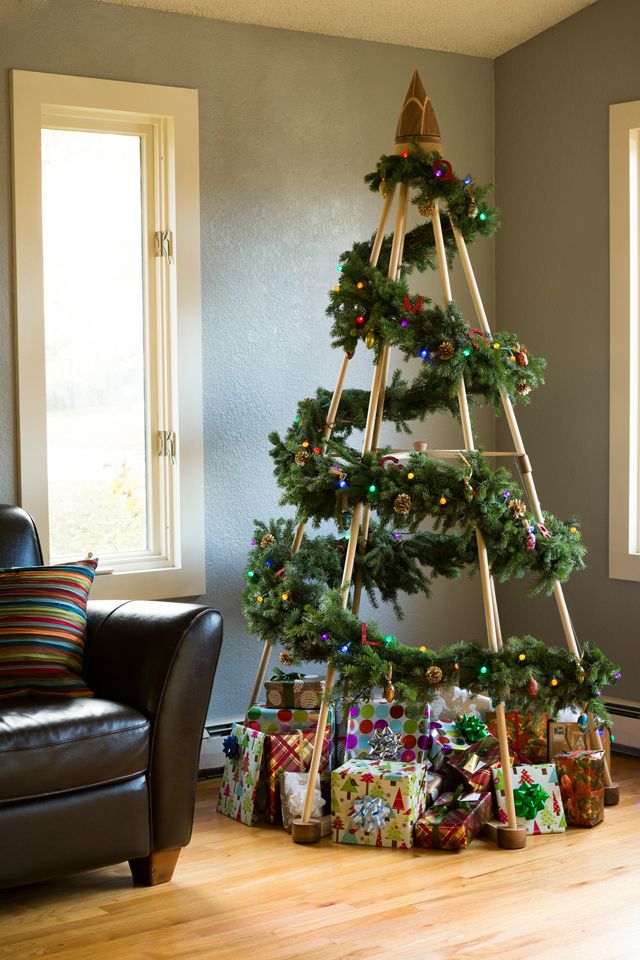 It’s also believed that Martin Luther first added lighted candles to a tree. Walking home one winter evening he was struck by the stars twinkling amidst the evergreens. To recapture the scene for his family,  wired his evergreen trees branches with lighted candles. 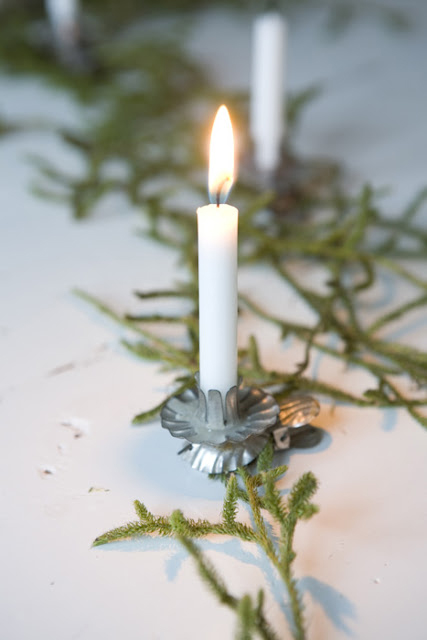 In our English-speaking world, the advent of gifts, trees, and Christmas was due to the influence of Queen Victoria and her husband Prince Albert, a German. It spread widely after Victoria and Albert set up an elaborate tree for their children at Windsor Castle in 1841.

German and Dutch immigrants also brought their traditions of trees and presents to the New World in the early 1800s. The image of happy middle-class families exchanging gifts around a tree became a powerful one for American authors and civic leaders who wanted to replace the older, rowdier, and more alcohol-fueled Christmas traditions—such as wassailing—with a more family-friendly holiday.

The early Christmas trees were decorated mainly with homemade ornaments, while the German-American sect continued to use apples, nuts, and marzipan cookies. Popcorn joined in after being dyed bright colors and interlaced with berries and nuts. By the 1890s Christmas ornaments started arriving from Germany and Christmas tree popularity was on the rise around the U.S. 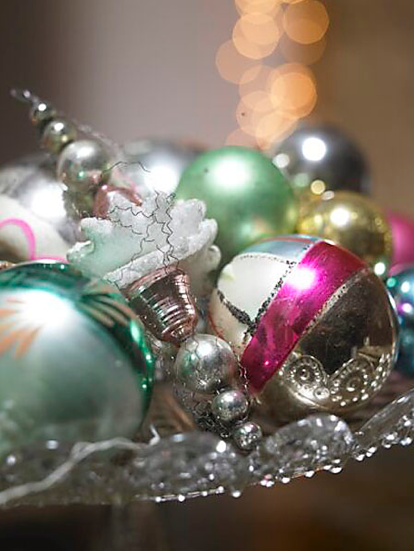 Electricity brought about Christmas lights, making it possible for Christmas trees to glow for days on end. With this, Christmas trees began to appear in town squares across the country and having a Christmas tree in the home became an American tradition.

Today there are many different styled Christmas trees from traditional to alternative; and many different way’s to decorate, from over the top theatrical to the simplest of simple. 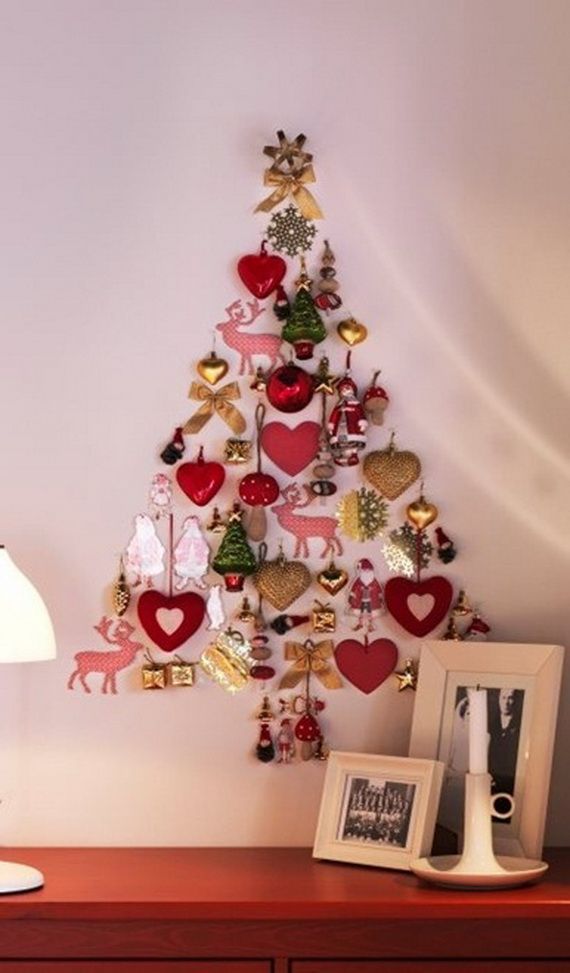 My tree at home is very traditional. This stems from my favorite childhood Christmases spent in Germany at my Opa’s home. His two story, real Christmas tree was revealed only on Christmas Eve and lit with real candles. With an old fashion train track at the base, wood carved and glass ornaments, marzipan all over the house,traditional Christmas carols played for days, and extended family in attendance, it was a memory keeper that I try to replicate to this day.

Personally I love the idea that the evergreen tree signifies an ancient symbol of life in the midst of winter, and that the lights are oh so romantic, warm and inviting, don’t you? 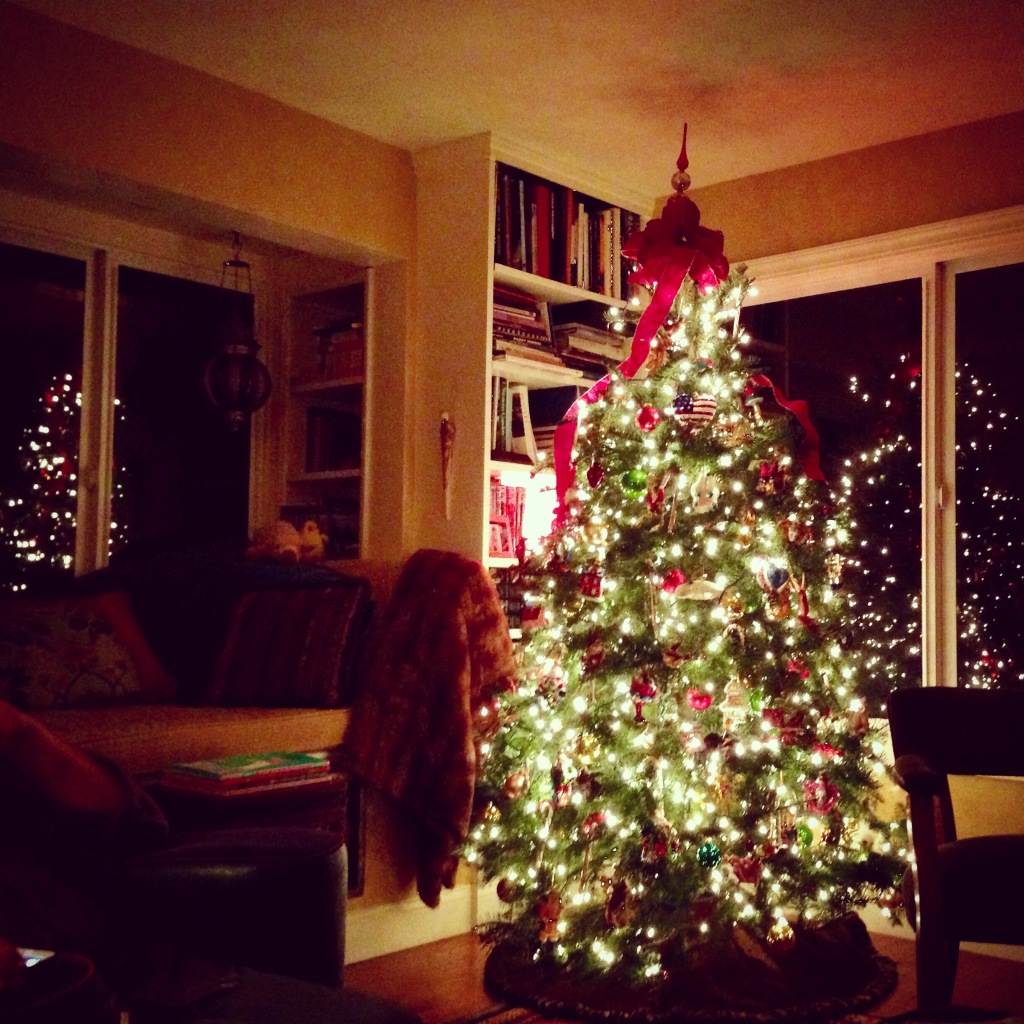 What is your Christmas tree this year? Real, fake, small, tall? And, won’t you share a picture in the comments below? I’d love to see it.

Cheers from Sonoma County, and check out the history of the Christmas Tree in the video below.