Have you heard about the Time Guards by Manfred Kielnhofer? 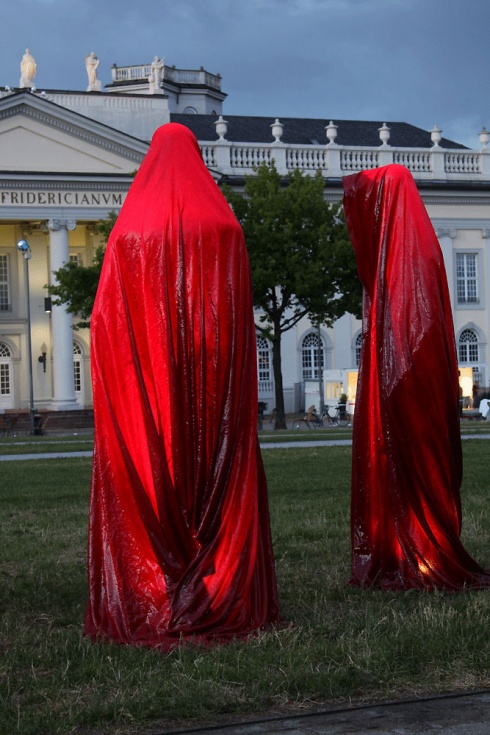 These life size Time Guards or Guardians of Time are cloaked figures that seem to appear mysteriously and disappear just as unexpectedly, whether in forests and parks, in or in front of-castles or other well known architectural sites, and around the world at art shows like the Biennial or Art Basel.

Guardians of Time are created by Manfred Kielnhofer, a self-taught Austrian artist who works with many different mediums; including, painting, film, photography, installation, performance and sculpture. 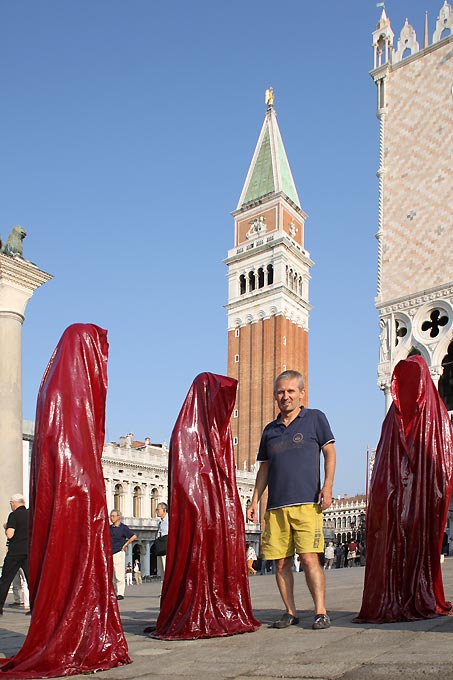 Manfred Kielnhofer with his installation at the Biennial, Venice

The human figure is an integral part of his work, and he often uses the human form as a tool, either in place of a canvas, or in a collaboration with, to produce large-scale installations or performances. 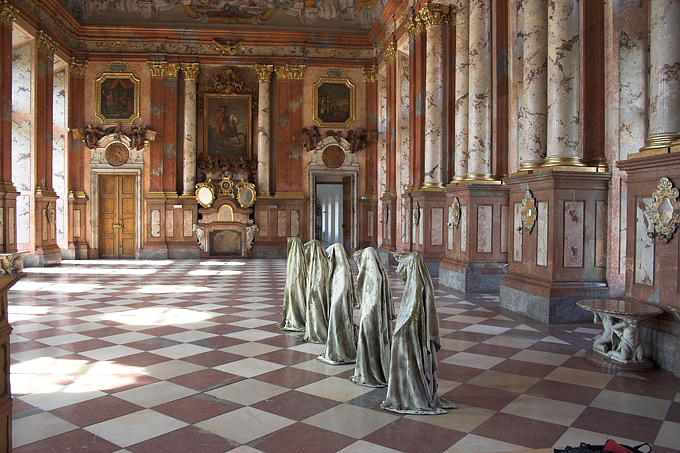 In 2006 he created the first “Guardian of Time” to be part of the Skulpturenpark Artpark in Linz. These guardians, and more, have travelled to several countries and been part of many installations and exhibitions. Seemingly drawn from religious and mystical experiences, the artist produced these life-sized figures cloaked in a hooded robe, and they resemble a wandering druid or monk deep in meditation. 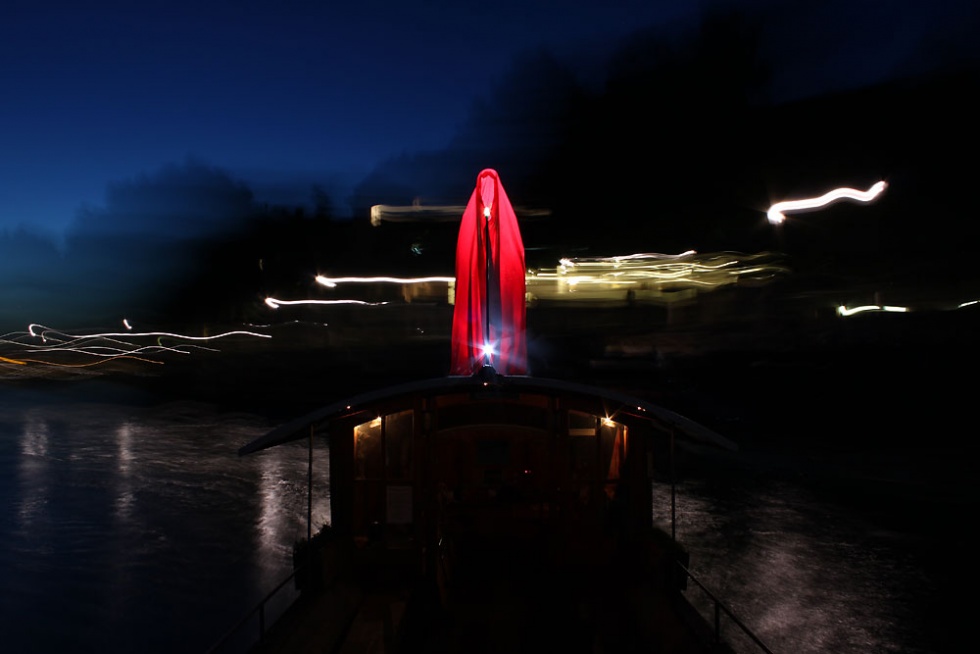 It is said in mythology and contemporary science fiction, that the Guardians of Time were an esoteric collective of time-travellers, influenced by Celtic tradition, who kept an eye on the earth and intervened at certain points in history.  Likened to high priests or even gods, they had the power to protect or destroy. 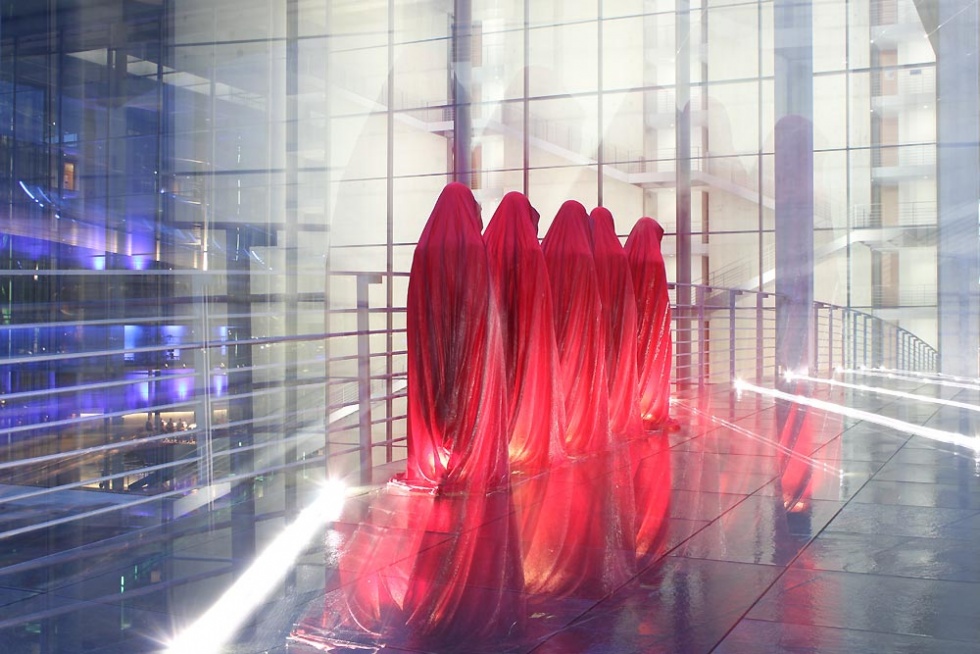 Kielnhofer has reportedly refused to disclose his personal intentions behind the Time Guards, leaving it to the individual to personally interpret these ghostly figures.

Lately the whole question of time is big in my mind. Questions like what am I doing with my time, to deep feelings that I am running out of time are all swirling in my mind. These haunting figures could feel a bit ominous, but to me they are incredibly beautiful. They feel like a walking question, and are truly magical, especially at night when they are lit up. 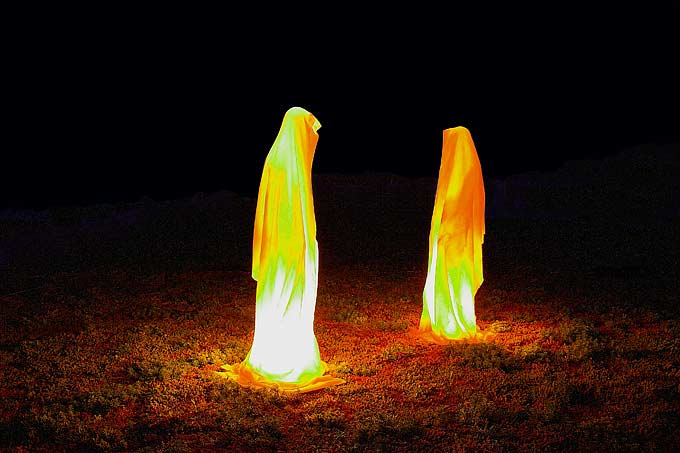 How do you interpret these Time Guards? Are these figures reminders of time passed or time to come? Are they guarding time for you, or from you? I love art that inspires me to think beyond the every day, especially if they are a Little Bit of Beauty™ too!