Odilon Redon, 1840 -1916, was a master of color, mood and the mystical;  with his pastel works begun in the second half of his life. Neither a symbolist nor an impressionist, he is often categorized on his own and, as a bridge between the two periods.

His early work was primarily in charcoal and lithography, and was almost macabre and demonic in subject matter. This period was called the noires and his weird subjects were partly inspired by the poems of his friend, Stéphane Mallarmé and by the works of Edgar Allen Poe, as well as the half remembered torments of an unhappy childhood filled with bought’s  of epilepsy and isolation. It wasn’t until the 1890’s, when inspired by Gauguin, he took up pastels and embraced color. He began to create his dream like and eclectic images inspired from  figures of antiquity, Christianity and Eastern religions. Even though his glorious use of color sings, a slight melancholy still prevails. This is the body of work that I am personally most drawn to. 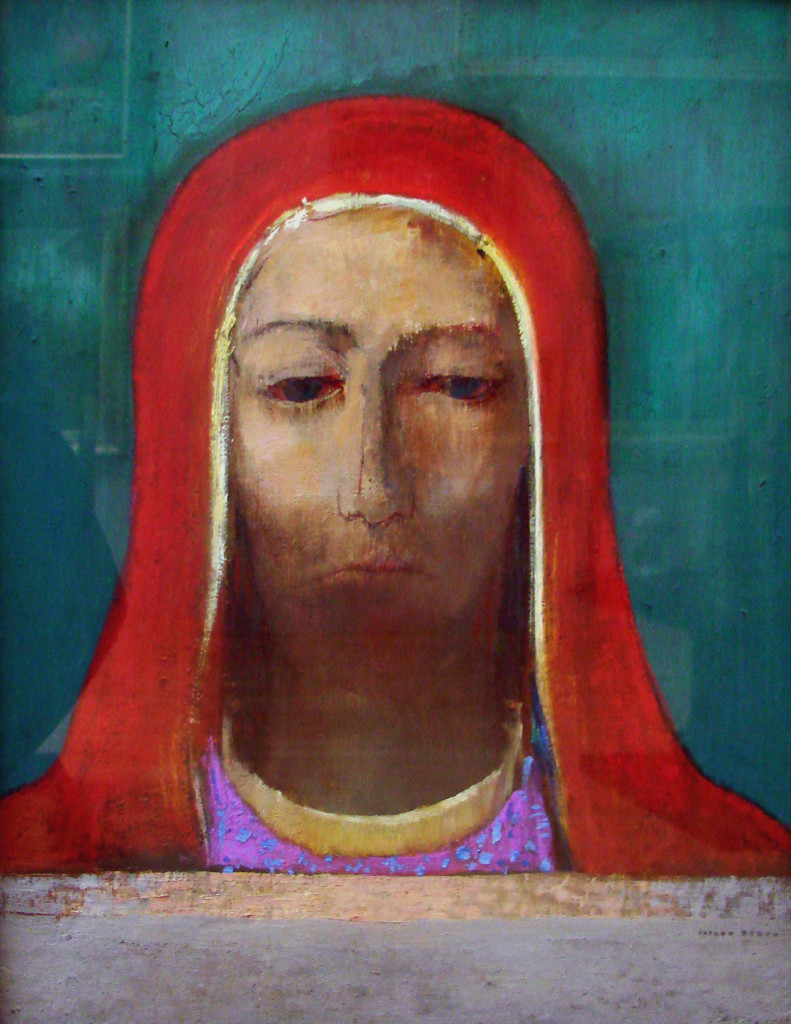 Redon said of his dark noires, “They were executed in hours of sadness and pain”, perhaps indicating a psychological inhibition against the use of colour. But of his late awakening to colour he said, “If the art of the artist is the song of his life, a grave or sad melody, I must have sounded the note of gaiety in colour”.

A telling source of Redon’s inspiration and the forces behind his works can be found in his journal A Soi-meme (To Myself). His process was explained best when he said:

“I have often, as an exercise and as a sustenance, painted before an object down to the smallest accidents of its visual appearance; but the day left me sad and with an unsatiated thirst. The next day I let the other source run, that of imagination, through the recollection of the forms and I was then reassured and appeased.” 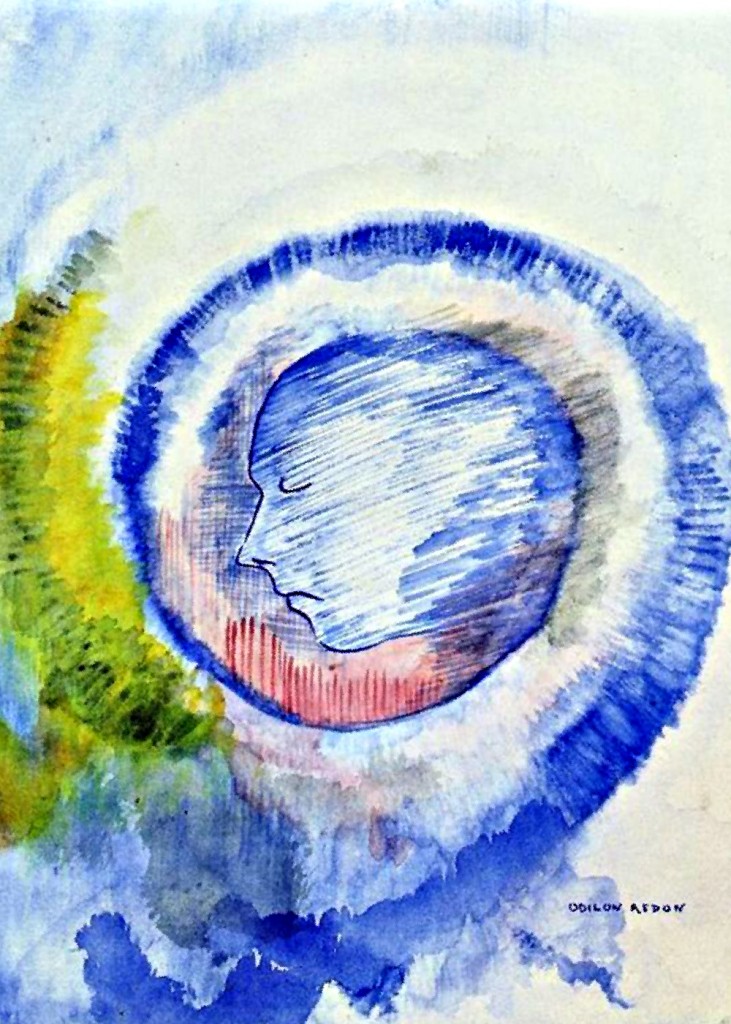 Entitled profile, I would call it birth, perhaps of the mind? image courtesy of Odilon Redone official site

Do you find that your creativity perks up when you go with your intuition rather then your mind or what is visually in front of you? I do! And this is one of the reasons I so love his work…it obviously comes from an inner sight and resonates with me in it’s subject matter…but mostly of course, I LOVE his use of color and the mix of them. They have been an endless source of inspiration for me in my work.

To see some of my personal favorite pieces, and some of the most colorful examples of his later work take a look at the very short video below. And won’t you leave me a comment with your thoughts? What are your thoughts of Redon’s work? Who is your favorite artist, and why? And how do you best express your creativity?