Architectural Highlights From my Travels to India

I want to share with you some of the architectural highlights from my travels to India. While I am in love with the architecture in general, this was the best of the best from my point of view…and yes, perhaps a bit expected, what can I say! 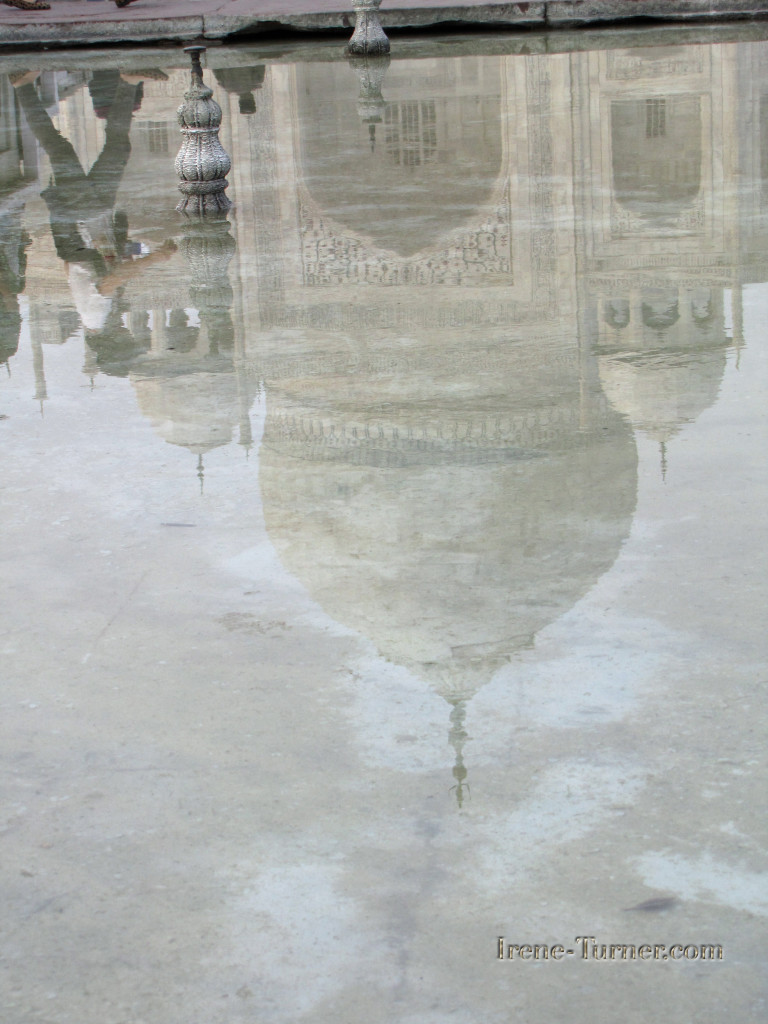 Architectural Highlights from my travels to India. First stop, the Taj Mahal

And yes, there is a reason that the Taj Mahal is one of the 7 wonders of the world! I’d seen all the pictures, but they don’t prepare you for the actual experience. There is a purity about this site, perhaps because it is the largest monument built in the name of love, and dedicated to love. It literally took my breath away.

The Mughal emperor Shah Jahan  began building this monument in 1632 for his third wife, a Persian princess who died in the childbirth of their 14th child. It took 22 years to complete. It is widely recognized as “the jewel of Muslim art” in India and one of the universally admired masterpieces of the world.

Emperor Shah Jahan himself described the Taj in these words:

Should guilty seek asylum here,
Like one pardoned, he becomes free from sin.
Should a sinner make his way to this mansion,
All his past sins are to be washed away.
The sight of this mansion creates sorrowing sighs;
And the sun and the moon shed tears from their eyes.
In this world this edifice has been made;
To display thereby the creator’s glory. 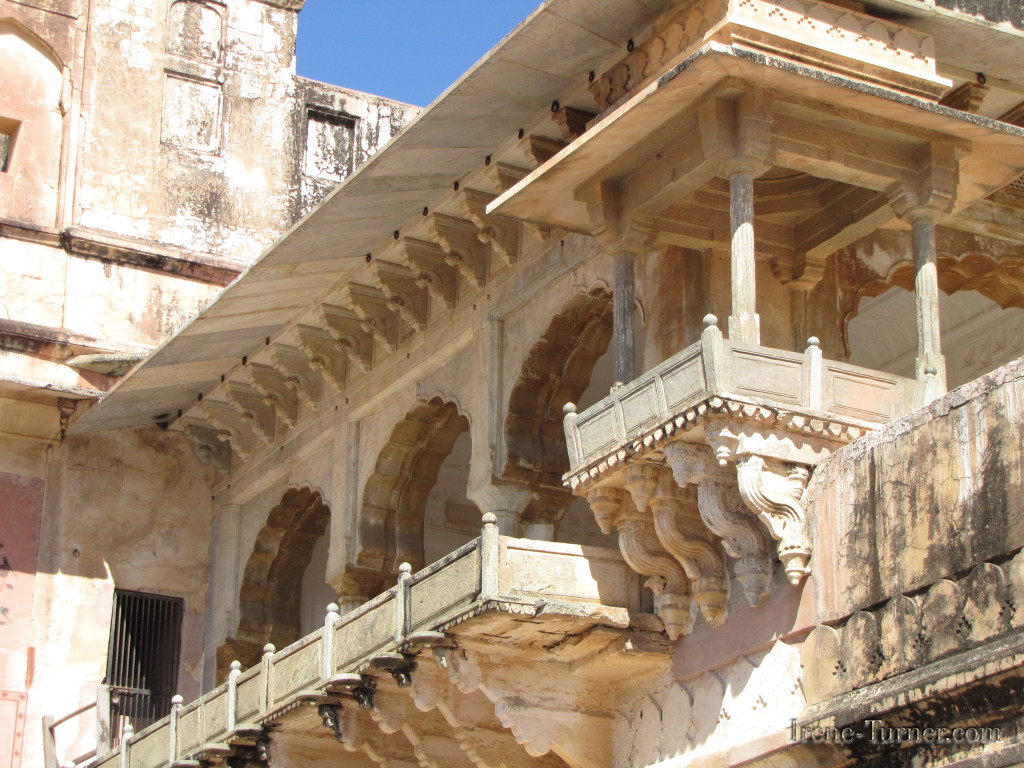 Architectural Highlights from my travels to India-the Amber Fort, Jaipur

The second site is the Amber Fort outside of the Pink City, Jaipur. Having read the book A Princess Remembers by Gayatri Devi while traveling, it was particularly fun to visit this major site where her life took place. Amer, or the Amber Fort is known for its artistic style of Hindu elements, with its large ramparts, series of gates and cobbled paths.

It consists of 4 courtyards and the the Palace of Man Singh I, which is the oldest part of the palace fort. The palace itself took 25 years to build. It is the main palace with a central courtyard connecting the separate apartments for the wives, and the Maharajah. With different ornate styles, frescos and ornate tiles, this fort used as a defense against invading parties appeared to be both beautiful and comfortable for the royal family. 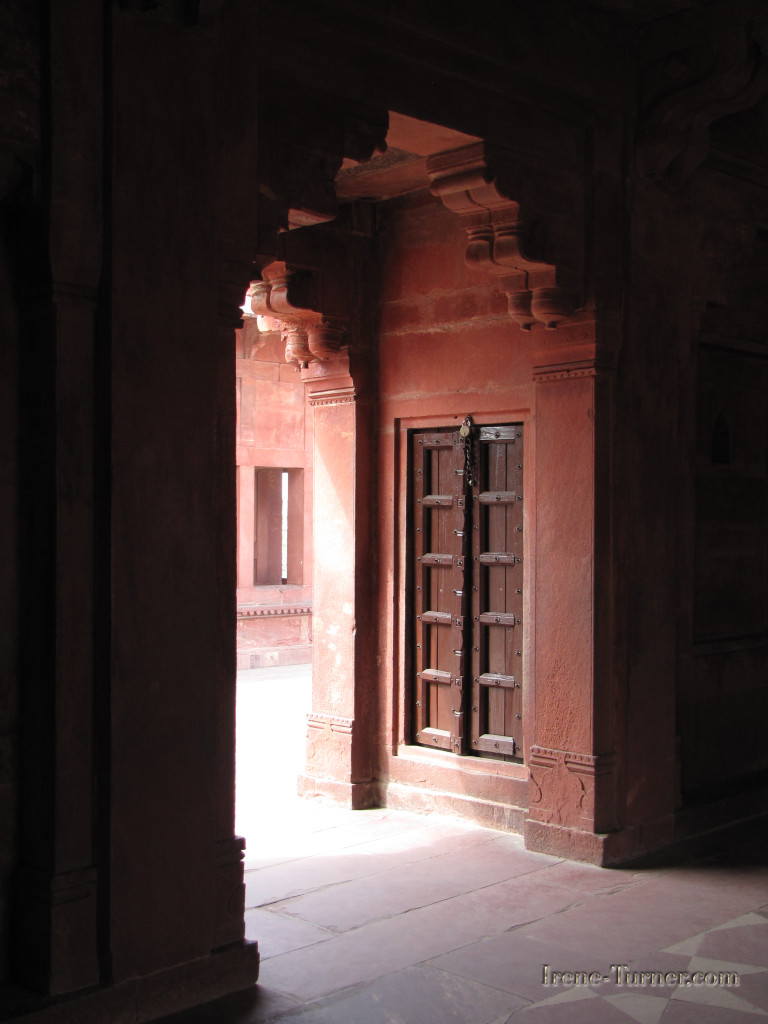 The next stop was Fatehpur Sikri, one of the best preserved collections of Mughal architecture in India, built by the Mughal emperor Akbar. Seeking to revive the splendours of the Persian court ceremonies made famous by his ancestors, Akbar planned the complex on Persian principles.

Akbar also built three separate apartments for each of his wives, and each one’s style was influenced by the wife’s religion. So one has more of a Muslim style, one is more Hindu inspired and one is Christian influenced. Yes, these religions seemed to be able to live side by side with relative ease in those days. Made out of the local and very hard red sandstone, and taking advantage of the natural terrain and heating cooling elements of it’s local, it was a pleasure to walk through. 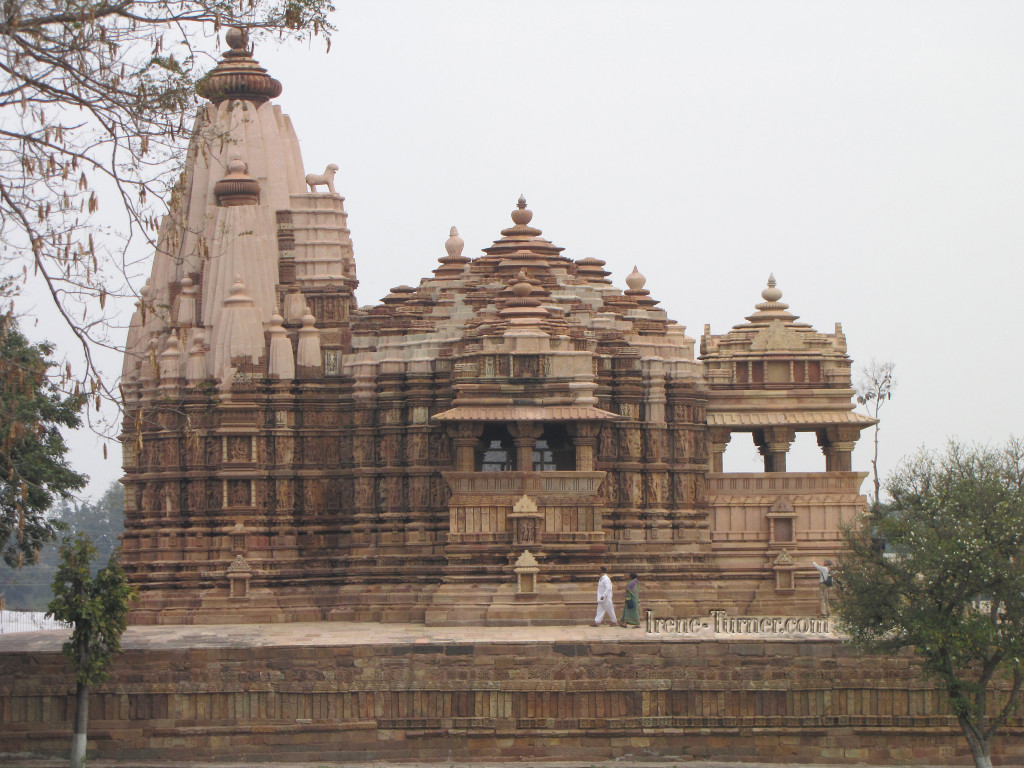 The Western Temples of Khajuraho, aka the Tantric Temples

It is sometimes said that the Kama Sutra was born from these intricately carved temples. Tantra is a form of meditation and is a yogic practice, which in essence means union, or discipline (of study). So basically tantra is about physical union and controlling our passions rather then having our passions control us. It is an incredible study of art and life from that time period. And in my opinion, while completely different in feel, rivals the Taj Mahal for it’s uniqueness and ode to a different form of love, that of the physical. 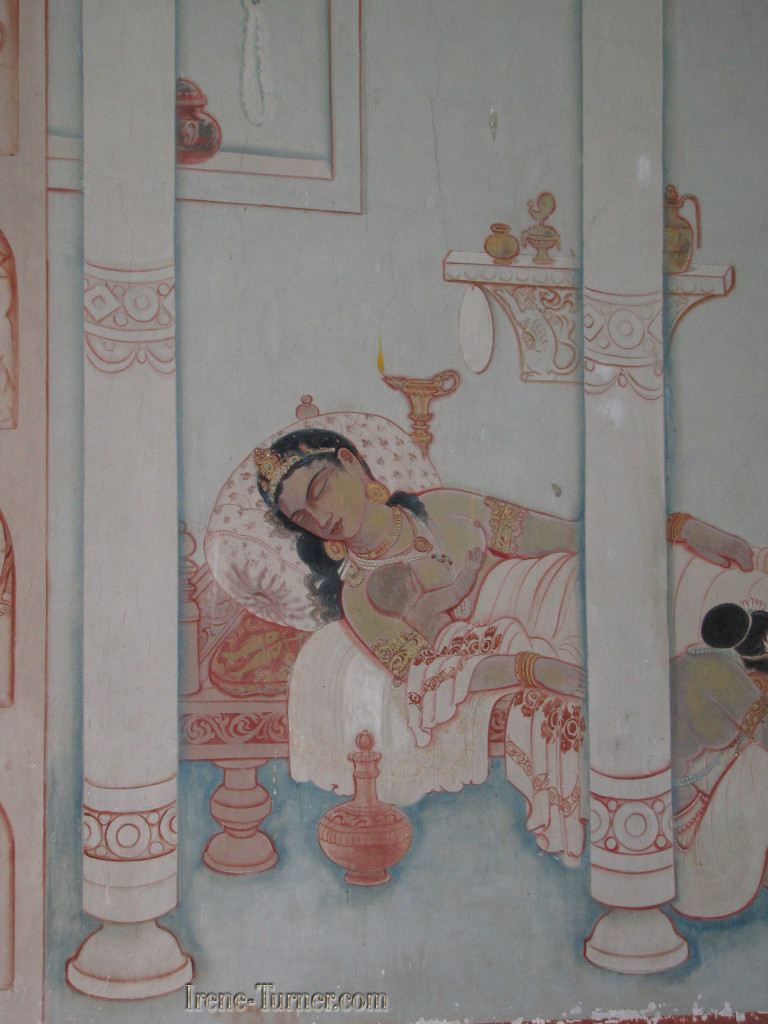 The Birth of Buddha, one of the marvelous murals at Sarnath Deer Park

And, my last stop was just outside of Varanasi at Sarnath, the deer park where Buddha first taught about Dharma, and where the Buddhist Sangha or community came into existence. Located outside of Varanasi, this park and temple houses some of the most beautiful murals depicting the life of Buddha in the world.

I recently found out, on Facebook,  that my Facebook friend Kaveri Singh and her husband TJ were the leaders of a group of over 30 artists, from several countries who painted the Sacred murals of Sarnath. They depict the life and teachings of Buddha, and are awe inspiring in person, that’s all I can say. If you want to see more of the murals at Sarnath, click on the above link, really! Kaveri is an amazing artist, and I am, as always, in awe about how small our world is…2 degrees of separation!

And, if you want to see more of my photos from these 5 sites, click on the video below.

My trip to India was the adventure of a life time and a dream trip for me. The architecture I write about here, as well as more of which you’ll see in future posts are a big part of what inspires me about India. What do you think?  Ready to go yet?